September 24th:
Sunday Times, UK: Church missed out on chance to be led by tub-thumper Tutu 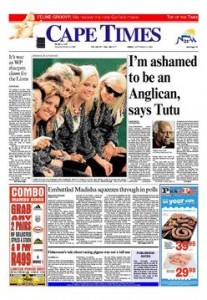 See also the “News” section of this site.